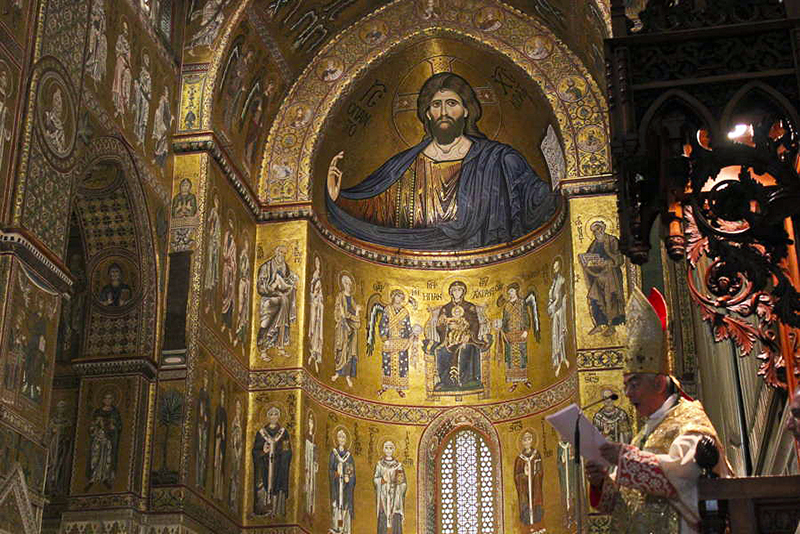 SPIRITUAL SAYINGS OF THE FATHERS . Elder Paisios of the Holy Mountain

The elder said: In order for you to have time for prayer you must not concern yourself with things that other people can do. Let's take an example. A doctor should not be concerned with gauzes and bandages. A nurse can do that. The doctor will take care of the serious matters. He'll do the examinations and operations, etc. If he sit to put gauze he won't get to the serious work and then many who have need won't benefit. The same with you. Pray for your suffering parishioners (applied to the correspondent and two other priests) remember their names and note those who have greater need. It's better for you to know what pains each one. That way the prayer is better.

The elder said: Whether we pray for ourselves or for others, the prayer must be from the heart. The problems of others should become our problems. You have to prepare for prayer. Read a bit of the Gospel or the Gerontiko and then pray. It requires an attempt to take the mind to the divine space. Study is like a gift which God gives us to direct us to greater spirituality. With study the soul is warmed.

The elder said: Seek the ladder of discerning doxology and thanksgiving/ rejoicing of God. The great sin is joylessness.

With regard to the recollection of the mind at the time of prayer, Father Paisios wrote to me:

Rejoice. I received your letter with much joy for the interior change
which has happened in you. I will pray God to do what ever is for the
benefit of your soul and His glory.

Naturally it is not easy now to undertake many things now while you
are in the army. Whatever you do is an achievement and has great
worth. As to monasteries near you, I don't know of any men's
monasteries. Women's I know of but I don't want to send men there.
Be patient and your enlistment will pass without your noticing. I'll pray
that God give you patience. May Christ and the Virgin be with you.

With the love of Christ,
Monk Paisios

The elder said: Some say that when a person prays he should have his mind on the icon or the words. No. Not on icon nor letters. Let him have his mind in his sinfulness, but with discernment. Many times the devil can cause trouble there too. He'll tell you that you are sinful, to make you despair. You should answer him abruptly: saying "What's that to you? When I want to say that I am a sinner I will and not when the devil wishes; because when the devil wishes he'll bring me to despair.

The elder said: The person should experience his sinfulness and have trust and hope in the mercy of God, because that way he'll be saved. That way the mind is recollected and experiences the prayer as a need. That way he begins to say: Lord Jesus Christ, come...", and the heart gains rest.

The elder said: Stillness and freedom from worry help to recollect the person in prayer. On the other hand, distraction does not help because it scatters the mind.

God will not require the same of everybody. But you should know that the one who prays arrives at a condition in which he says the prayer even in sleep; not as in a dream but in reality.

Hearing the above saying of the elder someone said that those in the world don't have the possibility to reach such a state. And Father Paisios answered, "Do you suppose that I've attained it? Only I know people who have attained it."

Addressing some people who lived in the world, Fr. Paisios said: You don't know much about mental prayer, except for that which you have read. Women should be attentive because they have sensitivity and love, whereas men love Christ with the reason. Women love with the heart and have demonstrated it when they crucified the Lord. Men apply the reason, noting how many Jews, Scribes and Pharisees, were at the crucifixion, how many soldiers, etc. and therefore locked themselves in the house, set the bolt firmly and waited to see what would happen. The women have the sensitivity and it's easy for their
tears to come in the time when they pray and to think that they have arrived at the state which the fathers describe. It requires attention and caution.

The elder said: It's not only that we become accustomed to saying the prayer. The purpose is for the person to know himself and sense his sinfulness. If he only slapped someone, he's a sinner because he shouldn't have done it. We are all sinners. Consider what God did for us and what we do for God. After thinking of that, even if the heart is granite it will soften. Let's think a little logically. God could have made me a mule and given me into an undiscerning hand which would load me with 150 kilos of wood and beat me. Finally I would fall into a pit and the dogs would open my belly and those who pass by would cover their noses for the stink on the road. Just for that should I give thanks to God? I don't thank Him. God could have made me a snake or a scorpion. But His love made me a human being. God was sacrificed for me. With one drop of divine blood He washes away all the sins of the world. If a person thinks of all this; on one side the good work of God and on the other his own sinfulness and ingratitude, even if the heart were granite it would soften. And then he senses the mercy of God. The heart must gain rest with "Lord Jesus Christ have mercy on me". The prayer refreshes, not wearies. When we do not proceed in this manner, we acquire only the habit although the elder, the old self, remains within and we follow the way of delusion. 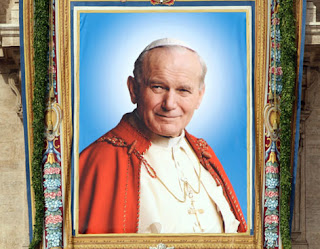 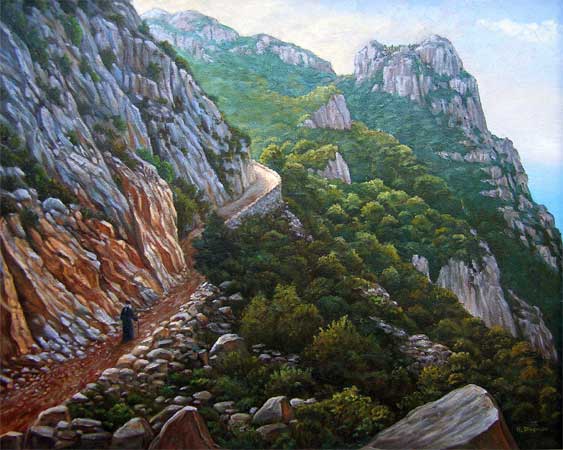 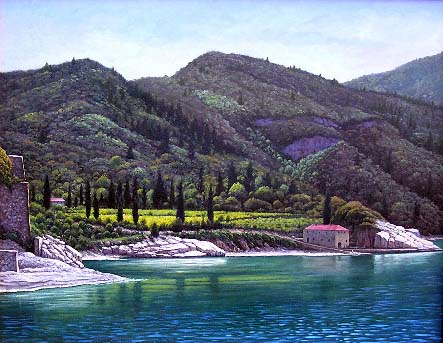 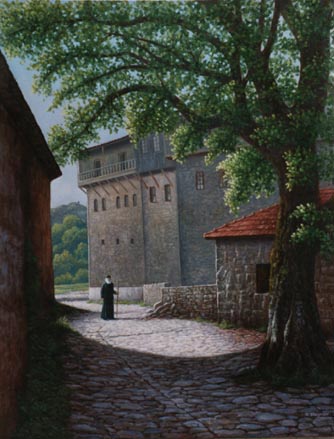 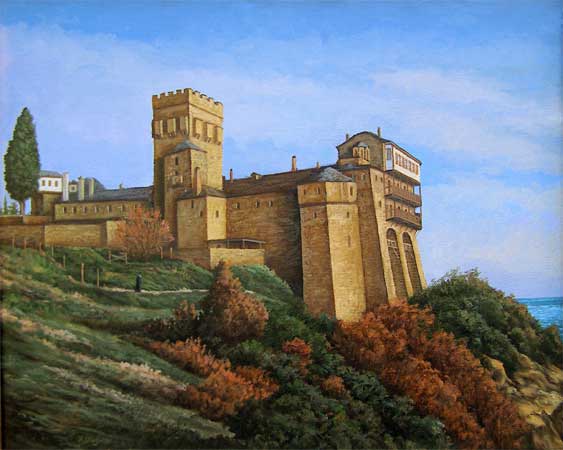 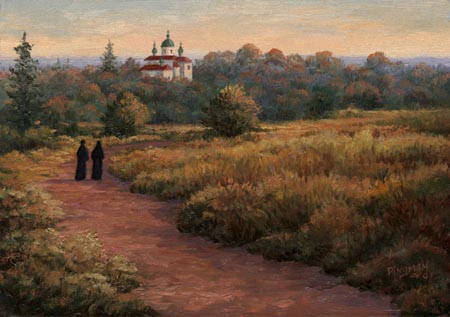 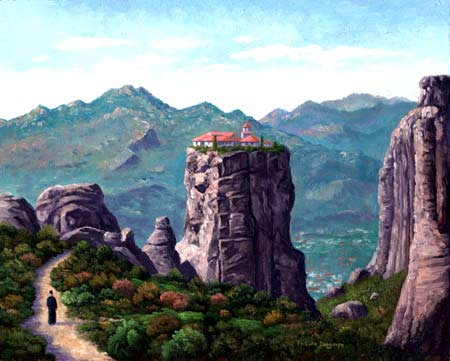 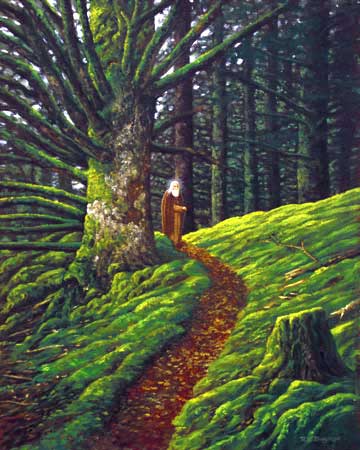 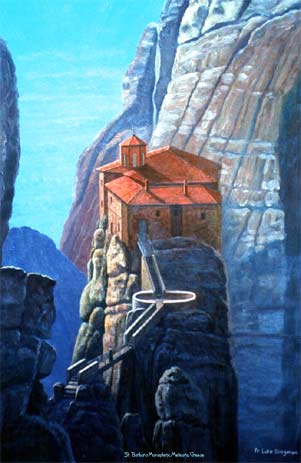 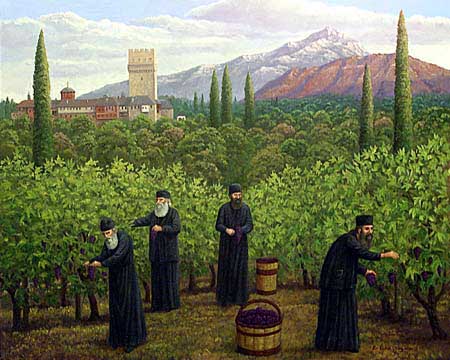 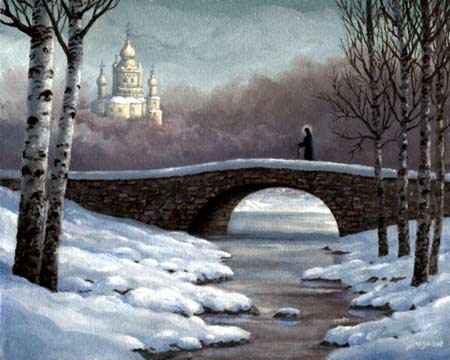